The Fashion World of Jean Paul Gaultier: From the Sidewalk to the Catwalk (detail) The Fashion World of Jean Paul Gaultier: From the Sidewalk to the Catwalk (detail)

Well that’s it. Christmas is over for another year. Now comes the fun part (yes, Christmas is fun but a little more so when you’re a kid and still believe in you-know-who). It’s time to really kick off summer and embrace some much needed time off work. Even if you’re due back at work post-New Year’s it’s generally a quiet time of year which means clocking off early and taking advantage of that daylight saving’s afternoon sun! The fun doesn’t stop there. Here’s our guide to the top things to keep you busy for the rest of summer.

After you’ve got your fashion fix in the Boxing Day sales, there’s more wonderful couture candy to be had at Jean Paul Gaultier’s limited time only showcase. The National Gallery of Victoria’s retrospective exhibition has all the show stoppers – from Madonna’s bra to Sarah Jessica Parker’s camo gown. Mannequins plus audio and video projections bring the designer’s story to life. Even without the talking dolls, the bold punk vests, dramatic ball gowns, sky high heels and over the top costumes speak volumes about the sheer presence of this fashion mastermind. There’s nothing better after a long day at the beach than an afternoon movie session. Air con, popcorn and Meryl Streep – seriously, what more could you ask for? Into the Woods hits the big screens on January 8th, bringing Stephen Sondheim’s stage production to life with its giant stellar cast (Emily Blunt, James Corden, Johnny Depp, Anna Kendrick and of course, the majestic Meryl Streep). Think of it as a fairytale for big kids. We’re not going to ruin the storyline for you but what we will say is it teaches some of your favourite childhood fairytale characters a lesson about being careful what they wish for. It’s a little dark, but in a clever and entertaining way. Definitely it’s one for those too-hot-to-be-outside days or date night.

There’s nothing like a birds eye view to bring life into perspective. While you’re contemplating how to tackle those New Year Resolutions, head south to the Illawarra Fly for a chance to soar through the treetops of the rainforest. The brand new Zipline Tour is Australia’s highest zipline, spanning 247 metres and sitting 35 metres above the ground. After the adrenelin high of flying through the rainforest, trek along the Treetop Walk to end the day with a little serenity.

Drinks on the Harbour There’s no argument that Sydney is at its best in summer. The days are long, the sun it out, the traffic isn’t so bad, work isn’t too busy – life is good. But you could make it even better with sundowners on the harbour. If you want to be right in the heart of the action, check out the brand new Opera Bar. Fresh from a revamp, it’s even better than before.

About the New Years resolutions mentioned above, if you’ve got lose weight/get fit/go healthy/have fun on your list, book in a session at Skyzone Fitness. A grueling gym session is not the way to ease into the new year. Half an hour jumping your heart out is the way to go. Skyzone trampoline fitness classes are a great way to get your cardio in and work out your muscles. Cardio, Tight Bum, Cross Jump, Suspend, Core Fit, even Mums & Tots are held in a well-padded trampoline zone. Yes, this is like the trampoline classes you’ve seen on Keeping up with the Kardashians. And no, your butt won’t look like Khloe’s after one session but after a few workouts, who knows?! The Spiegeltent and Festival Village are back this summer with the annual Sydney Festival, when the theatres, parks and streets are taken over by artists from all around the world. This year there’ll be 370 performances, everything from Circus Cabaret to a Latvian Radio Choir, with free and ticketed events. There’s something to suit everyone so browse the schedule closely.

Look out ladies, Nelly is back in town! Grammy winner Nelly will be down under this January in a series of Arena shows. If you’re in Sydney on January 8th or Melbourne on January 16th, put the dates in your diary now. The rapper’s M.O. album is sure to get a work out, along with the good old favourites. Lupe and B&O will be supporting him, also performing in the tour that stops in Brisbane, Newcastle and Perth. Elvis At The Parkes Dish

It’s that time of year again – no, we don’t mean Christmas. Elvis is back! In fact, there will probably be hundreds of Elvis’s in town when the 23rd Elvis Festival rolls into Parkes from January 7th – 11th. This year it’s even more special, with the celebration of what would have been the great man’s 80th birthday. There’ll be concerts, dancers, peanut butter sandwiches, memorabilia, even an en mass wedding vow renewal.

This message is sponsored by Walt Disney Motion Pictures

Pidapipo’s Gelateria is Here for the Long Haul

Where to Spend New Year’s Eve in Sydney 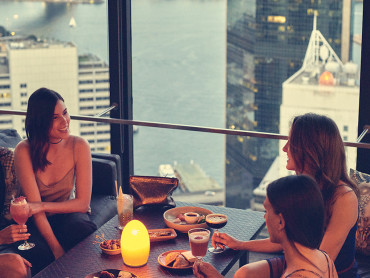 How to be Healthy this Holiday Season

The Christmas lights are up, DJs window displays are out, and the holiday drinks invites are pouring in. The... 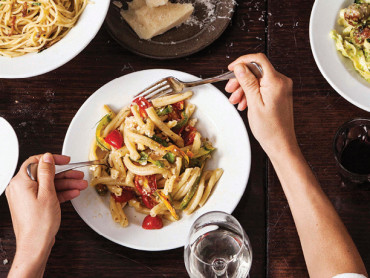 The tastiest festival in town 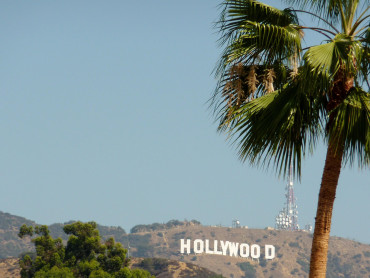 A healthy guide to Los Angeles

There’s no doubt that LA is known for being a mecca when it comes to health and fitness. If you only have... 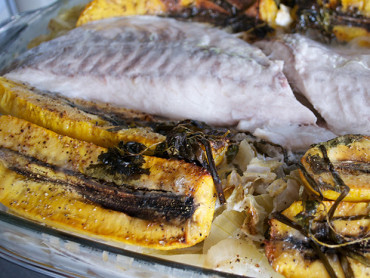 Are you ready? We're about to introduce you to a tropical island that's right at our doorsteps. And that’s... 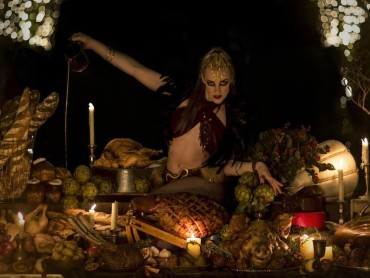 FEAST at The Grounds of Alexandria

Goblets of wine, pigs roasting on the spit, feasting tables, flame throwing – it sounds like a scene from... 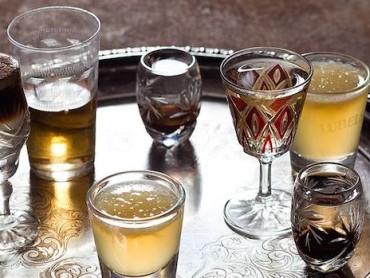 Going South – Our Guide to Eating in Elsternwick

Elsternwick is one of those suburbs you either go to or you don’t. It’s not like Prahran or Fitzroy,...