Italy may be off the cards for a little while longer and France is a daydream we’ll have to have on repeat, but it turns out Australia can put on a pretty good show when it comes to subbing in for Europe’s charms. We’re not talking about beach bars in Ibiza – those are still a little out of reach. But when it comes to wining and dining, the good news is it’s truffle time. Here’s a few ways Australian truffles will get you through European summer season at home:

Did you know Australia produces world-class truffles? True story. You’ll find truffle producers across the country, but a small town four hours south of Perth is quickly becoming our truffle central. Every June through to September, the orchards around Manjimup in WA’s South West are harvested for black Perigord truffle. Pre-pandemic, the ‘black gold’ would go from the ground to Michelin-starred kitchens in 48-72 hours. That’s quite the turnaround, with chefs lining up for the rare fungi around the world. Aussies are getting in on the action too. Not just the chefs. Have your own Manjimup truffle in your kitchen in 48 hours via the Australian Truffle Traders website. Online shopping doesn’t get better than this.

Get your hands dirty

You can’t go rambling through the French countryside this year, but you can go wandering through the orchards at Australian Truffle Traders. During truffle season, put on your boots and join a truffle hunt with the likes of Trixie, Gidgee and Molly, the very happy truffle hunting dogs who sniff their way along the hazelnut and oak trees each day for the family run business. On our hunt, sunlight dapples through the rows of trees as Trixie the Hungarian Vizsla bounds ahead. It takes just a few seconds before she’s hit the jackpot. Our guide Synjon Anstee-Brook carefully moves Trixie aside and shows us how to use a trowel to pull back the dirt, then using his hands to carefully scoop out the bulbous truffle. It emerges from the earth like a diamond in the rough, or so it seems to me, and as we pass it around, the unmistakable, heady scent hits me. Soon it’s my turn; terrified I’m going to damage a hefty chunk of black gold, I carefully scoop away the dirt and the truffle pops free. With dirt under my fingers and a big grin, I carry my prize for the rest of the hunt. I don’t get to keep it, but I’m already imagining this little guy sitting in Bradley Cooper’s kitchen, I mean, heading off for export, like a proud parent.

Get into the kitchen

If you thought truffle was just for celebrity chefs and five-star kitchens, think again. Let the ingredient speak for itself, and you won’t be disappointed. Truffle scrambled eggs, truffle cheese toasties and camembert stuffed with truffle are a couple of the recipes shared at Truffle Kerfuffle this year, the festival that sees Australian chefs, producers, truffle hunters, sommeliers, distillers, cheesemakers and more descend on Manjimup for three days. The hot tip I picked up from our truffle hunter Synjon and later backed by Mr Guillaume Brahimi himself (via Zoom) is to wedge thin slices of truffle into your cheese of choice, wrap it up tight in and store it in the fridge for 24 hours. Voila. Truffle-infused cheese. Who needs to wander the market stalls of Paris?

Take things up a notch

Got a taste for truffle yet? Next year, put Truffle Kerfuffle on your calendar. Three days of cooking demonstrations, degustation dinners, gourmet lunches, tastings, pairings and market stalls take over Manjimup and the surrounding region. This year I leaned in hard with a six course Winter Feast prepared by Guillaume Brahimi’s chefs in a rustic dining room at the Festival Village restaurant on opening night. I drooled over bubbling raclette cheese being poured straight onto potato, gherkin and truffle shavings (now that’s a combo) in the Village Marketplace, and tucked into a moreish pumpkin pie with truffle cultured cream at the RAC Karri Valley Resort, at a restaurant perched at the edge of a lake that had me second-guessing if I’d stumbled into the Italian Lake District or the Swiss Alps.

The aforementioned lake is just the beginning when it comes to the natural wonders of this part of the world. Along with truffles, the earth gives us plenty of great wine you can sample at cellar doors between Manjimup and nearby Pemberton. Put Below & Above Wines at the top of your list for a tasting. And then there’s the Southern Forests, which first put this region on the map, originally for logging, now for National Park bush walks and stunning drives. Save time for a stop at the Cascades, where the short 1.2km Lefroy Brook loop takes you through a mighty Karri tree forest past cascading rapids. If you’re feeling adventurous, just outside Pemberton is the Gloucester Tree, a giant Karri tree once used as a fire lookout. These days, the lookout tower sits 53 metres into the canopy, and can be climbed by tackling the metal spokes jutting out from the trunk. It’s not for the those afraid of heights but if you’re missing out on some European mountaineering, maybe it’s for you!

It’s time to turn off those Facebook memories and start making some new ones! 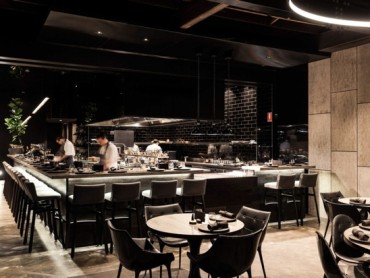 Finally… spring! Chilling memories of the icy Melbourne Winter are becoming distant as the warmer weather... 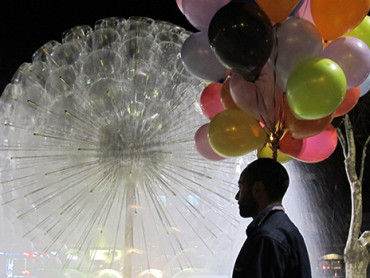 Discover the Tastier Side of Kings Cross

Sometimes it’s hard to look past the Kings Cross reputation and see it for the stylish, up-and-coming food... 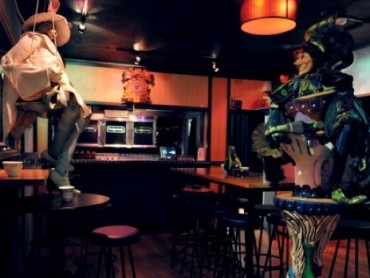 In theatrical terms, the understudy is that surprising, fresh young thing who waits in the wings for that big... 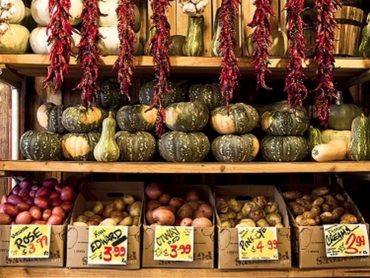 Sure, you might crave a particular fresh fruit or vegetable at this very moment but if it's not the season... 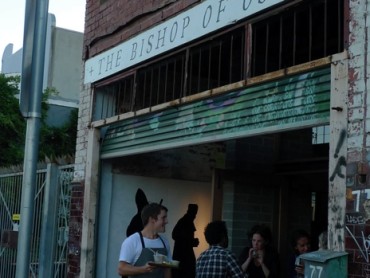 History tells us the Bishop of Ostia was the illegitimate son of Pope Joan, the woman who hid her gender...