How many times have you been to a restaurant and seen the same things? Mweh! From Thai, Chinese, Italian to Middle Eastern. Each menu might have the odd twist but largely we are not challenged or pushed outside our boundaries.

Not so at ESCA Group’s Aalia (from the team who brought us Nour), in fact you’ll have a love affair with your waiter as it’s likely you will have to consult with them many times, (or Google) as you debunk the menu. This is exciting cuisine, created by executive chef Paul Farag who pulls on his Egyptian heritage whilst leaning on Levantine and Middle Eastern origins as his playground. We are already amped and we haven’t had a tablespoon of food.

Aalia is tucked into the underbelly of the mountainous structure of the MLC, which has recently been renamed ’25 Martin Place’. The fit out by Matt Darwon (Automata, Toko and Pony) is stunning. It’s as if we are dining under a polished tree canopy, as hundreds of steamed, forged, rounded strands of wood reach from ground to ceiling level like an urban forest. It’s breathtakingly beautiful.

The menu is broken into raw, mezze, seafood, meat & additions. We kick off with an insta worthy Waraq Simsim – its a glossy perilla leaf with a nigri style oblong of cumin flavoured aged rice, topped with sea urchin. Tuck the edges in, roll up and pop in your mouth…you may not speak for a few seconds. It’s a flavour bomb.

So too is an oblong of crunchy sourdough topped with a ruby red aish muhammara and a single Angelachu anchovy. The cuttlefish is sliced so finely that it resembles spaghetti and the ummak huriyya couscous is a perfect partner with a classic blend of finely chopped carrots, harissa and herbs. Then there is the stretched halloumi which is juicy, chewy and so pretty with in a glorious multicolour burst of orange and charred edges

If bread was an Olympic 100m category, Aalia is the equivalent of Usain Bolt smashing out of the ballpark and not even trying – whilst Sydney favourite, Totti’s, is still at the starting blocks resting on its lorals. This ball of Persian, salted, golden, glossiness is quite frankly in a class of its own. It took over 30 iterations to get it right. It’s smaller, sturdier and more suntanned than Totti’s but when you slice it open – wow! stretchy, chewy, steamy strands of dough hold its structure. Flavour, texture and fun in one glorious bundle. Please sir, can we have some more?

Eleanor the sommelier is such a delight that you may want to offer her a chair to join you. None of the stuffy, puffery-ness, she’s savvy, dialled into every wine, flavour profile and tells story after story about each bottle and wine maker. We are hanging off her every word. This chick, simply rocks. She really makes our experience from an Almaza Lebanese Pilsner, House of Arras Brut to 2019 Craggy Range Hawke’s Bay NZ Chardonnay and onwards to more funky natural wine territory of 2020 Couvent Rouge Bekaa Valley LBN 21 52 Sauvignon Blanc + Viognier. Elanor doesn’t miss a beat.

Mains arrive. Masgouf is the national dish of Iraq normally made with carp, but here it’s replaced with Murray cod with a rich glossy apple jus and flavoured with ajwain which has a similar flavour profile to caraway seeds. It’s a majestic looking dish and the white flesh is perfectly cooked with a crispy crackling skin.

The sliced, dry aged duck fesenjan is slow roasted and served in sauce of blended walnut and spices with a slightly sweet edge complimented by burnt cabbage with toum butter and heirloom carrots.

Now if it sounds like we have had one bread roll too many, it is for a good reason. Aalia is pretty remarkable. It’s everything you look for in a dining experience. The looks, adventure, expertise in the kitchen, creativity in plating, service and wines. Aalia means to ascend, to high social standing or lofty sublimity. We are now operating on a higher plane of existance – this is simply a magical dining experience where every element is wonderfully right.

The pamper update: our favourite things this quarter

Why you should ditch the fruit bowl and leftovers 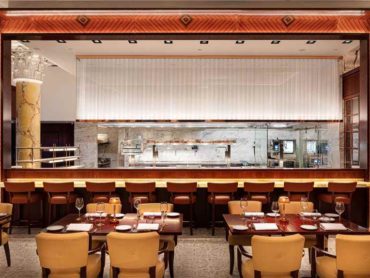 Elegance is back with Seta Sydney in a glamourous new venue

There is a dining revival happening in Sydney. We can't spend our hard earned dollars on travel, so... 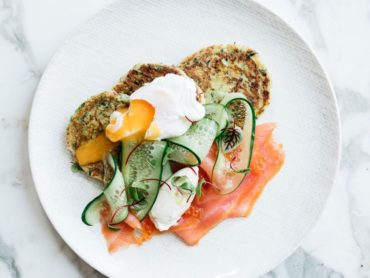 Entrance to Cucinetta Let’s face it who doesn't want to wake up to views of the city skyline and... 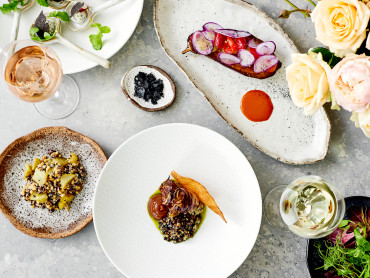 We live in one of the most photogenic cities in the world, so why do we leave some of the best restaurants... 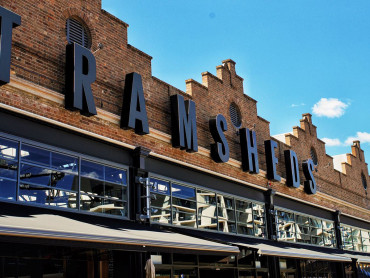 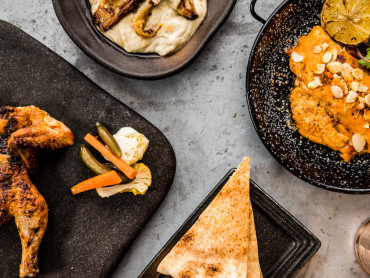 When you are still talking to your ride share driver 10 minutes later about the minute details of the... 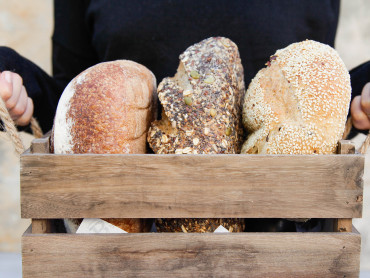 There is something about a good bakery which creates the equivalent of Beatlemania among Sydneysiders....