In the absence of Floo powder or a plane ticket, it’s the closest you can get to the cutting edge of China’s contemporary art scene.

Now it’s time to go down the Rabbit Hole for the Chippendale gallery’s 10th exhibition – a large-scale show-cum-anniversary bash.

Step inside and amidst a collage of looming works spanning painting-sculpture, mechanical art, sensor videos, and installations. On the first floor you’ll encounter Shyu Ruey-Shiann’s Eight Drunk Immortals, an octad of spidery robots scribbling moody dreamscapes on the ground. A stray Huntsman seems cutesy in comparison.

Other key works come form Xu Zhen, Tu Wei-Cheng, and the Madein Company with their giant cathedral Play – made entirely of leather fetish gear. If you’ve got a weak stomach, suck it up for He Yunchang’s can’t-miss One Metre of Democracy, for which the artist took a poll on whether he should let a surgeon cut a meter-long incision in his side. Spoiler alert: they all voted ‘yes’.

You don’t get more cutting-edge than that. 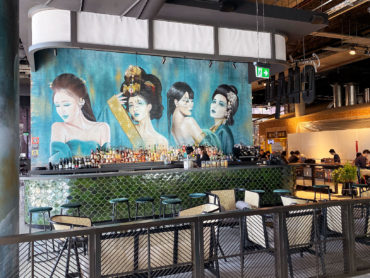 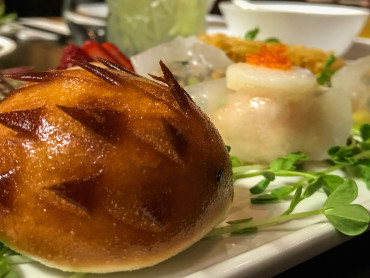 Dumplings, Cocktails and Star Signs align at the Drunk Dumpling

Dumplings and cocktails – in the words of a wise little Mexican girl “porque no los dos?!” (cue a... 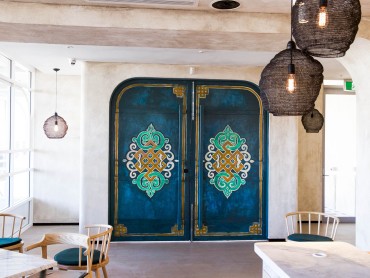 Like a game of Pokemon Go but with far better rewards at the end of a journey, Mama Mulan is on everyone’s... 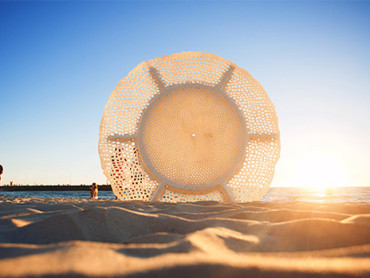 The 2015 Guide to Sculpture By The Sea

You know the year is flying by when Sculpture By The Sea pops up again. Wasn’t it just here? At least its...