Once upon a time there was a young man who worked in North Sydney. Every lunch hour, he and his male colleague would go for a walk to take in some beautiful scenery (read: head straight for the Classic Throttle Shop).

The pair would stand on the footpath drooling happily, fantasising about the possibility of owning one of the sleek mechanical beasts behind the glass.

Then one day, a wonderful thing happened; the pair discovered that there was to be an auction. Held on a Saturday evening, 40 vehicles, 41 lots of memorabilia and a selection of motorcycles would go under the hammer.

After much rejoicing, the two Classic Car enthusiasts registered and showed up at the appointed time, bidding forms in hand and eager to see how the race and road cars would go under the hammer.

What happens next is yet to unravel – get along to the inaugural auction to see the action.

*The above story is based on an actual account. No elements are fictional.

Le Labo made to order 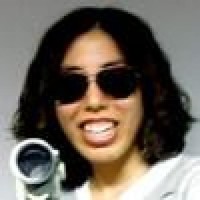