Summer is over. We can temporarily wave goodbye to outdoor activities, rekindle the love with our local cinema and get ready to wash down a packet of Maltesers with a jumbo Coke. But you’ll need something to watch. Whether you have a hankering for action, or are after a good old fashion tear jerker, there’s something in our list of must-see movies for everyone.

Are you known to cry during ads? Perhaps you have the emotional variation of sand. It doesn’t matter, BYO box of tissues because tears will be shed. Despite being farfetched in plot – as has come to be expected from the Fast and Furious franchise – the movie packs an emotional punch with its heartfelt ode to the late Paul Walker.

Lily James fits the glass slipper bill in this remake of the Disney classic, playing the role of Cinderella (or more accurately, Ella). However, it’s Cate Blanchett’s take on the Wicked Stepmother that should really draw the crowds. She makes the role her own, avoiding any temptations to create a sneering caricature. And the rags-to-riches storyline aligns closely with the original, right down to her lovable mice friends. 10-year-old selves, rejoice!

Loosely adapted from Delphine Coulin’s novel “Samba pour la France”, Toledano and Nakache’s film chronicles the life of Samba – an immigrant who has illegally worked in hospitality in France for 10 years. Despite his resourcefulness thus far, authorities eventually catch him and his entire livelihood appears as if in jeopardy. Enter Alice (Charlotte Gainsbourg), a white woman who is assigned to his case. Despite advice from her thick-skinned coworker, she becomes personally (and eventually, romantically) involved with Samba. Avoiding any clichés, the film expertly deals with both the nations xenophobic issues and love. We should probably mention it’s in French, but if you liked The Intouchables, you’re going to like this one too.

While the average rating on Rotten Tomatoes is 46% – ouch! – if you enjoy moving tales of friendship and family, and star-studded lineups (hello Rihanna, Steve Martin and J-Lo) and have children in tow, this is a goer. There’s nothing new about the plotline, however there are life lessons to be learned, jokes to be laughed at and the credits roll over a big, happy ending. This movie wins on the warm and fuzzies front.

Fashion obsessives, get yourself to this one. An entertaining glimpse behind the doors of one of the greatest fashion empires, or a captivating piece of corporate promotion in the thinly veiled guise of a documentary? Either way, it would be brash to turn down a voyeuristic look into the world of fashion. The film summons the specter of Christian Dior, with both archival footage of the revered designer and passages form his memoir, before looking at Raf Simons – the Belgian designer who has been at the helm since 2012.

Not since uber comfy chairs and hand delivered popcorn were introduced in the form of Gold Class have we been this excited about going to the movies: buying your movie tickets and bypassing the cues has been made even easier thanks to MasterPass by MasterCard. Forget fumbling around with your credit card before the booking expires and you lose your pre-selected seats – now you can just input a password and presto, booking made. MasterPass by MasterCard is a new way to pay online, which makes shopping online safe and easy.  With MasterPass, your payment and shipping information is stored by your bank in one safe place and you have it ready to go when you check out. Choose the “Buy with MasterPass” button at checkout and you’re on your way.

This message is sponsored by MasterPass

A Chocoholic’s Dream at Koko Black in The Strand 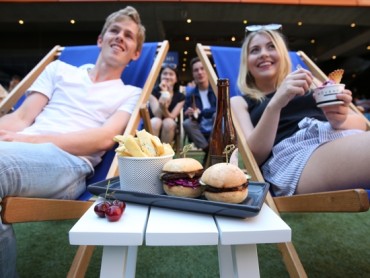 Story telling is as old as time. Before film, stories were written and spoken, but they were still told.... 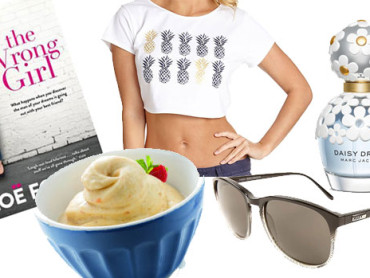 5 Things To Buy In Your Lunch Break Today

We’re well on our way through summer and the weather is reaching its peak temperature, which can only mean... 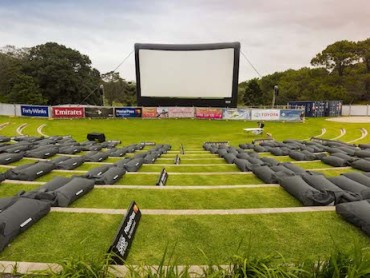 Moonlight Cinema in Centennial ParkThe days are long and the sun is shining – you’ll be spending enough... 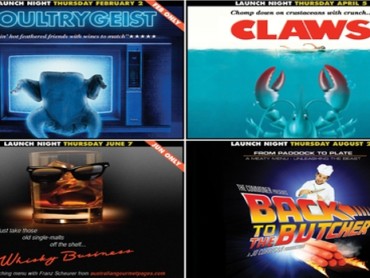 Get a taste of the silver screen at Fitzroy’s the Commoner, where chef Jo Corrigan and her team have come...