The Paleo diet has been around for a long time, since the Paleolithic era, obviously. But recently it has seen a resurgence in popularity in the health conscious, and in the media. It’s not surprising then, that Richmond has just seen the opening of a Paleo café. Patch Cafe in Richmond shows us that Paleo doesn’t have to be all steaks and loincloths.

The Paleo diet cuts out, grains, legumes, and bad fats. It focuses on mainly good fats like coconut oil and butter (the only dairy source allowed), meats and fatty fish, leafy vegetables, and fruit.

Patch Cafe has designed a whole menu that speaks to this way of eating and living, without making it inaccessible. The menu reads like a regular café menu, with the addition of house-made paleo bread. Which isn’t half bad at all. Some items are strictly paleo, others inspired by the diet.

The menu opens with the sweet, just like any café. Think a Paleo-inspired Bircher muesli of activated hazelnuts and almonds, goji berries, apricots, pumpkin seeds, coconut, chia seeds, honey, vanilla bean and orange, with coconut yoghurt and blueberries, and an almond and banana hotcakes dish served with candied walnuts, maple syrup, thickened yoghurt and blueberries – both paleo inspired.  The savoury items see a breakfast salad of kale, avocado, pomegranate, almond, cauliflower, and a soft boiled egg, as well as the baked eggs served with tomato, chutney, and chorizo.

Code Black Coffee is being ground and brewed, while Tanka Juices, a new Melbourne cold pressed juice company, are pouring.

We’re on board. Sans loincloth. 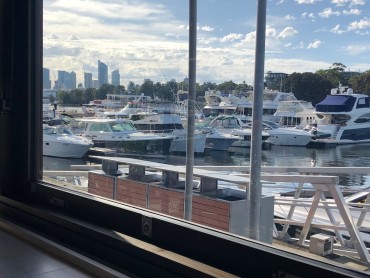 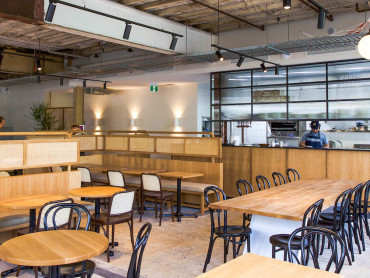 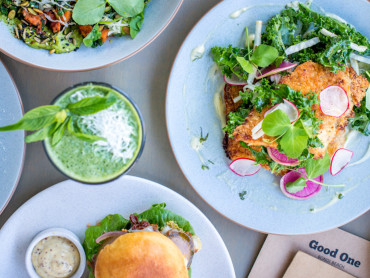 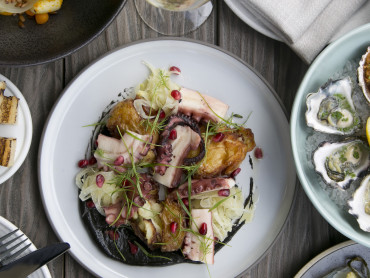 Who doesn't want a flamingo in their cocktail? The bright pink Jalisco Highlander at Upper East Side will... 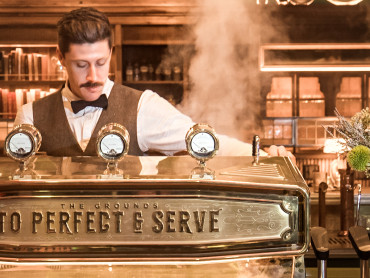 How to brew the perfect coffee

Aw the sweet, sweet smell of fresh coffee. The anticipation helps us get out of bed in the morning, and the... 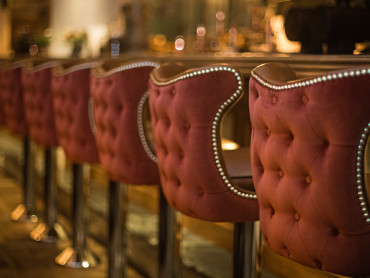 The Grounds takes on the concrete jungle

We all know The Grounds can do no wrong. Whether it’s cold drip coffee, cauldrons of mulled wine, resident...