When we say Lucy Liu does Charlie’s Angels and Kill Bill come to mind? Well, now, it can evoke some other images. Think Asian street food, cocktails, and Melbourne CBD.

Michael Lambie (Taxi Dining Room, Circa, and most recently The Smith) has just opened his latest venue with a team consisting of Scott Borg as director of operations, and Zac Cribbes as head chef.

Taking over the PM24 site on Oliver Lane, Lucy Liu is bringing a more relaxed atmosphere to the space. With 100 seats in the diner and 30 extra seats at the bar the space caters to reservations and walk-ins.

Not named after the actress we’re told, but rather the spirit they hope to convey in the restaurant – fun, stylish, and a cross section of cuisines.

The food nods to Asian street food, while bringing in that element of fun.  Melbourne loves Asian fusion, and that’s exactly what we’re going to get. Lambie himself is a self confessed Asian flavour addict, so the menu just makes sense.

Lambie and Head Chef Cribbes have designed the menu that features crispy fried Szechuan duck with watercress salad and tamarind sesame dressing, Korean crisp pork hock with apple, spring onion jam, and spicy hoi sin, and a red curry of king prawns bouillabaisse style. If choice is too much ‘Let Lucy Choose’, and you’ll get either a five plate or eight plate option.

Cocktails also get the fusion treatment with a Coconut Mojito, and Lucy Liu’s take on the Mai Tai.

The space takes into account all of the venue’s influences. March Designs, with direction from Lambie and Lucy Liu Structure and Financial Director George Sykiotis, brought in bamboo scaffolding as seen in Hong Kong and Shanghai, and brick works that replicate Tokyo’s Imperial Hotel. Red neons and coloured timber is seen throughout.

Open from 11am – 11pm every day, we think we’re going to become quite good friends with Lucy. 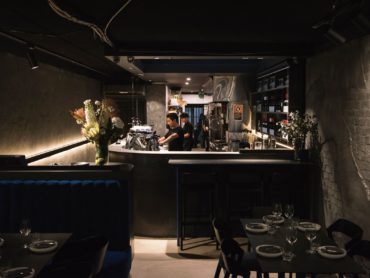 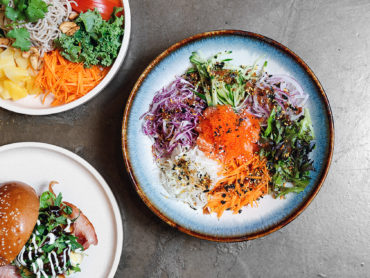