Do you ever feel like you’re a little too old to be dancing until 1am, but miss the good music? Joey Smalls, from Steve Costa and Kyle Bush, the team behind New Guernica and Chuckle Park, has just opened in Sydney Road in Brunswick and is bringing us the perfect in-between. A bar that feels a little like a bar and a little like a club, with booths to enjoy the music. The space is as unique as the concept, with a hint of American Diner with a touch of retro feel, with a lot of woods, arches, and interesting shapes seen throughout. Making it easy to sit in your booth drinking until early into the morning. Speaking of drinks, you’ll be able to get your hands on a range of rum, tequila, and the tap beers (think Asahi and Blue Moon). Plus a range of cocktails from the Chilli Coconut Margarita to the Smoke ‘n’ Salt. The music is a large part of the venue and will be coming from the likes of Mike Guerrieri, DJ Eddie Mac, Dr Condiments, Alex Hall, Ryan Wells, and Sprinkles and Massimo. Plus, with a 3am licence, it’s going to be used for EP launches and other musical shindigs.

Food is on the cards for later down the track, but for right now, we’ll have to make do with a killer drinks list and a cosy space.

Woody P Invites Us Back to Flinders Lane 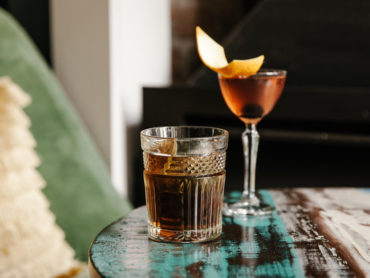 It's time to say hello to Auntie As a child visiting your Auntie’s house, did you ever get the sense...