We love outdoor cinemas here in Melbourne. This is true. Now we can add the Hellenic Museum to the list of places to watch movies outdoors this summer. From February 1 to March 1 soak up the last of the summer nights with different movies screening every Saturday.

Taking place in the museum’s private garden courtyard behind the former Royal Mint, opposite Flagstaff, the Hellenic Museum along with the Greek Film Festival will screen seven films over the four weeks, all from Greece’s heyday of films.

The festival will open on February 1 with Koinonia, ora Miden. (1966). This will tell the story of Nikos Kourkoulos who stars as a former air force pilot who is now an alcoholic with a less than desirable life. He must investigate a plane crash. The film explores the ever-difficult topic of morals vs. money.

Throughout the festival, Pagoto, a pop up café and bar from Con Christopoulos (Neapoli, The European, Siglo) will be serving up some serious ice cream with new ice-cream flavours, including Baclava, Rosewater, and Ouzo on the menu, as well as other cinema inspired mains, snacks and sweets.

You get the tickets, we’ll grab the picnic rug. 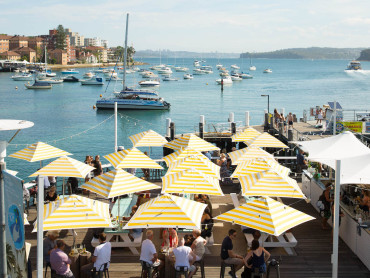 Now we’ve finally kicked all that rain, we can jump on board Summer. Or at least jump over to Manly to...